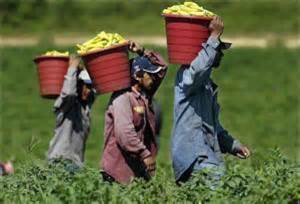 Marcella was complicit in the attempt to sell her teenaged son. Fifteen year old Carlos managed to escape, but he’s pretty mad at his parents right now!

Illegal residents, for the past fifteen years, Marcella, Carlos, and his father are living “outside of the law.” This is a very precarious position. All three fear deportation to Mexico, though the immediate danger they face is a form of American slavery that few recognize.

Illegal residents are easily mistreated. When abused by an employer it’s nothing personal, just business. Workers without legal status hesitate to complain, even if a crime has been committed against them. Quickly the assessment of low-worth becomes contagious, inciting the abused to become abusers, often at home.

Incidences of domestic violence and sexual abuse run high in the families of those living outside of the law. These men, women, and children accept pain, injustice, and heartache as a part of regular living.

The problem is both complicated and simple. Taking up residence in a land without permission is simply wrong. This is complicated by the fact that many Central American governments abuse and neglect their citizens, driving some north for survival. And when the US government offers incentives to travel, the result is predictable. Tens of thousands of people risk their lives every year to reach the United States, believing they will find a life of safety and opportunity.

For now Carlos has escaped American slavery. But he has no future unless he attains a legal resident status in America. Until then, he will continue to be vulnerable.

“Rescue the weak and the needy; deliver them from the hand of the wicked.” (Psalm 82:4/ESV)

This entry was posted in Illegal Immigration and tagged Amnesty, deportation, illegal immigration. Bookmark the permalink.