The Faith of Twelve Jewish Spies 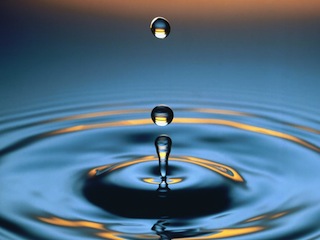 “Blessed is the man who makes the Lord his trust, who does not turn to the proud, to those who go astray after a lie! You have multiplied, O Lord my God, Your wondrous deeds and Your thoughts toward us; none can compare with You! I will proclaim and tell of them, yet they are more than can be told.” (Psalm 40:4-5/ESV)

The people of Israel were faced with a seemingly insurmountable challenge. God’s man sent twelve into Canaan to spy out that challenge and bring back a report.

Many generations earlier God had given that land to Abraham, and through a series of sovereign actions (Joseph’s kidnaping and a subsequent famine in Canaan) the Jews found themselves enslaved in Egypt for centuries.

Then Moses was raised up as Israel’s deliverer. He led God’s chosen people to freedom and the borders of their ancestral land. Numbers 13-14 records the sending of twelve trustworthy men into danger: their task- to scope out the circumstances of the challenge.

These twelve were considered excellent men. They were elected to lead, and expected to bring back a faithful report. With the espionage complete the majority report declared that circumstances were of such a threatening nature the people should not go forward with faith in God, but instead construct a more feasible man-centered plan to enter the land another way- saying, “We are not able to go up against the people, for they are stronger than we are.”

Only two of the spies, Joshua and Caleb, remained faithful to God. They acknowledged the challenge was great and threatening, however they declared that their God was greater and able to accomplish His plan regardless of the danger- saying, “The land, which we passed through to spy it out, is an exceedingly good land. If the Lord delights in us, He will bring us into this land and give it to us, a land that flows with milk and honey. Only do not rebel against the Lord. And do not fear the people of the land, for they are bread for us. Their protection is removed from them, and the Lord is with us; do not fear them.”

The people chose to follow eight cowardly spies. The consensus was to forgo God’s orders to enter and take the land. Instead the people of God went their own way fearful and disobedient, which cost them their lives!

God was so angry at their lack of faith that he declared, “…none of the men who have seen My glory and My signs that I did in Egypt and in the wilderness, and yet have put Me to the test these ten times and have not obeyed My voice, shall see the land that I swore to give to their fathers. And none of those who despised Me shall see it.”

Forty years later the adults of that unbelieving ancient Jewish population had passed away in the wilderness. Only Joshua and Caleb would enter the land.

Refusal to trust in God for His outcome results in bigly losses. Only those who remain faithful to a sovereign God will “enter the land.”

“This blogger’s hope is to be an encouragement to faithful Christ-followers as they recognize God’s Big Picture and purpose to participate in it. Adonai Eloheinu!”